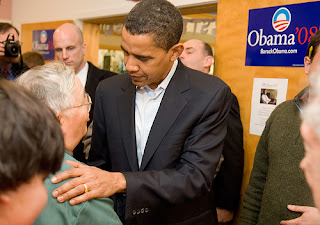 in many of the stories i've been reading, it seems that they aren't as obstinate as they first appeared with their super powers.
it looks like many superdelegates are inclined to vote for the candidate who gets the popular vote.
superdelegate christine pelosi, daughter of speaker of the house, nancy pelosi, said she would abide by the popular vote (who has the most votes.)
that is as it should be, even if clinton has the popular vote.
it should be based on the "will of the people," especially this year when record numbers of people have actually been inspired to participate.
Posted by Olga at 9:31 AM