Boost in Early Voting in Texas 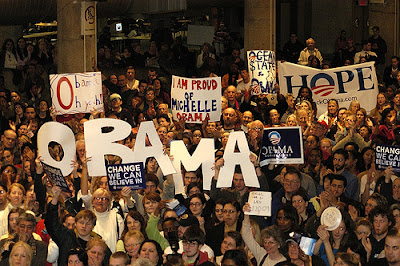 before obama began speaking at the dallas rally, he reminded everyone that they could vote early. it appears many have taken that to heart.

These results are extremely preliminary, and early voting won't decide the primary, but the numbers suggest that Obama, not Clinton, is leading the pre-primary derby there--and may also hint that voters in Obama-friendly areas of the state are more, ahem, "fired up and ready to go" (to the polls, at least) than those in regions expected to tilt toward Clinton. Not to mention the fact that the longer Hispanics hold out, the longer Obama has to win them over. newsweek blog

more blacks than hispanics may turn out for the vote in texas.