The inventor of the Ollie, a skateboard jump that leads in to other tricks, wants to start collecting money from companies using his name to profit on various products with his name on them:

HOLLYWOOD, Dec. 8 (UPI) -- The skateboarder who invented a sudden hands-free jump named for him, Alan "Ollie" Gelfand, wants a cut from Disney and Sega for using his name.

Ollie also is a model of board made by Flowlab, and Gelfand is suing the companies for more than $20 million, accusing them of trademark infringement.

His nickname appears in a Disney video game, and a Sega arcade machine. It's also listed in the Oxford English Dictionary as both a noun and a verb.

Gelfand owns Olliewood skateboard park in Hollywood, Fla., and says companies that want to legitimately license his name for skateboarding products are now asking why they should pay in light of the major corporations' usage.

Since inventing the jump in 1976, 42-year-old Gelfand has made money from it, but not enough to live off, he told the Miami Herald. 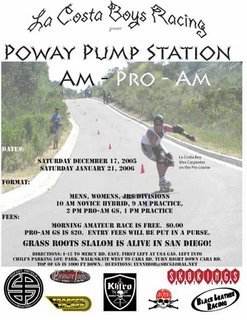