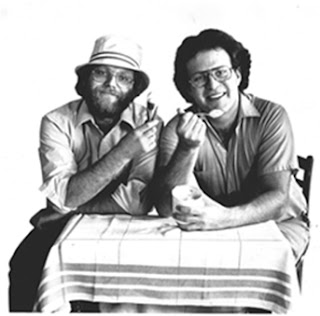 “Barack Obama believes that the special interests in Washington shouldn’t drown out the voices and basic needs of Americans,” Greenfield said. “When Barack Obama is President, we will finally have a president who is committed to ensuring all Americans have access to affordable health care and our children get the education they deserve.”

Senator Leahy unveiled a 60-second radio ad, entitled “Important” which he and his wife Marcelle recorded in support of Senator Obama. The ad, which will begin airing on Wednesday, February 18, stresses Obama’s judgment to lead and ability to bring real change we can believe in.

Ben and Jerry, along with Senator Leahy, drove to American Flatbread in Burlington in “ObamaMobiles” which they designed to help get out the vote for Vermont’s March 4th primary. Said Cohen, “The ObamaMobiles are true vehicles for change. There’s a lot at stake in this election. All Vermonters need to make their voices heard and vote.”

vermonters for obama they look really well organized there. 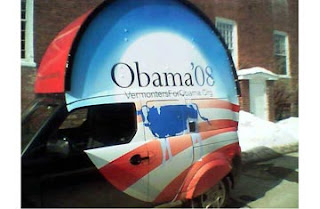