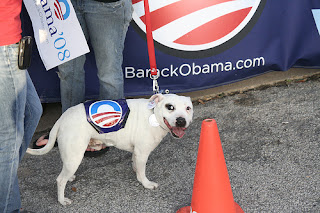 By BOB KEMPER
The Atlanta Journal-Constitution
Published on: 02/27/08
WASHINGTON — Hoping to put an end to a month of confusion and dismay, Rep. John Lewis on Wednesday said he's switching his support from Sen. Hillary Clinton to Sen. Barack Obama in the race for the Democratic presidential nomination.

Lewis cited the overwhelming preference for Obama in his district as a reason for his change of heart, but he also talked about Obama's campaign as transformational for the nation.

"Something's happening in America, something some of us did not see coming," Lewis said. "Barack Obama has tapped into something that is extraordinary.

Lewis, an Atlanta Democrat and an elder of the civil rights movement, at first sparked outrage from Georgia's African American community by backing Clinton, a friend, over Obama, the nation's first viable

Then confusion struck about a week ago when Lewis told the New York Times that, as a super delegate to the Democratic National Convention, he would feel compelled to vote for Obama as the nominee because his district – and the state's African American population overall – so overwhelmingly for Obama in the state primary.

Lewis's office later charged that the story was inaccurate but did not clarify who Lewis was actually backing. read the rest.

Sen. Byron Dorgan (D-N.D.) told The Trail moments ago that he will be endorsing Barack Obama for president this afternoon, becoming the 10th senator to officially endorse the Illinois senator's bid for the Democratic nomination.

"I decided I wanted to determine who out there can inspire people to move in a new direction," Dorgan said, deciding that Obama was that candidate.

Obama’s speeches
what are presidential qualities?
Upcoming primary and caucus schedule Delegate tracker
Everything barack obama
Blueprint for change
Posted by Olga at 11:43 AM