Obama's Speeches: It's the Message 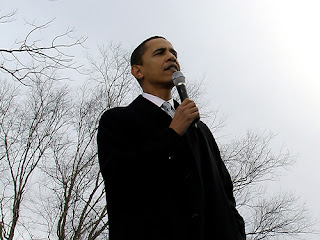 there has been so much analysis of obama's ability to "speechify." but contrary to critics and the clinton campaign's dismissal of obama's speechifying as hollow rhetoric, it's more than just words and it's more than the delivery of those words.

it's the message, sillies.

that's all. you just have to listen.