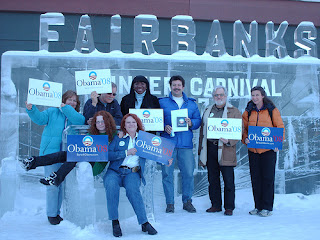 what's next?
there are several states holding caucuses and primaries coming up this month, feb. 9, feb. 12, feb. 18. more are in march, april and june.

it's the delegates that matters. 2025 are needed and neither have reached the 1,000 mark. and obama may have beat clinton in terms of delegates. that's some math those democrats do. then there are those so-called superdelegates and who the heck knows what they do. i haven't been able to figure it out and it doesn't seem like anyone is certain.
i see that clinton has more than obama but when do they matter? can they just be super at any time? or do they kick in at certain times? don't know.
delegate tracker
Posted by Olga at 9:31 PM