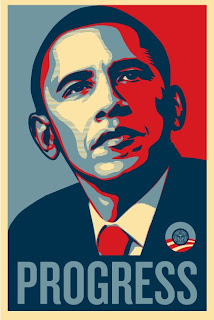 On the eve of Super Tuesday, I imagine President Barack Obama.

The day he takes the oath of office he gives a brilliant speech, one that even the Republicans notice.

We are enraptured because he is the most inspiring he’s ever been. The whole world is watching as we begin to exhale. Maybe we’ll be all right after all is the collective sigh.

He’ll call on us to take part in the change. This is one of his major themes. We will actually need to participate.

One of his first fixes is New Orleans. He’ll work swiftly to finally get things done there. Next comes the economy. He’ll make some quick fixes at first and work on the long term strategy. He’ll hire some of the greatest minds for his cabinet, people we’ve never heard of.

His charisma will radiate to the rest of the world. He will be honest and forthright and world leaders will admire him. They will be drawn to work with him.

Most of all, he will change how we use our military. His skills at diplomacy are beyond what we expected. Then, he’ll start bringing soldiers home. Families will celebrate.

That will be just the beginning.
Posted by Olga at 2:15 PM