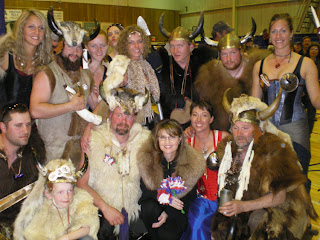 Blowhard Rush Limbaugh has hailed Sarah Palin a "babe." And she has family values, he says. As you know, that's important to Rush. He's such a family man. I see what's happening here.

Swamp: Palin, named today by McCain to fill out the GOP ticket as his running mate, has been on Limbaugh's radar screen in the veepstakes since February, when he noted that she was on the right side of the issues and "a babe" besides.

Palin seems likeable, down to earth, and compelling. She hunts moose and makes them into burgers and then she eats mooseburgers. You can't get much more compelling than that.
She's got family values -- five of them. What I wonder is how does anyone afford 5 kids?
But the babe factor obviously works to her advantage. Who knows? Maybe she can woo Putin.
McCain has demonstrated how little he respects women with such a blatant pander and delicious distraction.

What exactly is it that the VP does, asks Palin