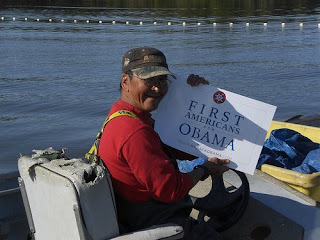 Join Barack Obama at a Rally for America’s Workers in Milwaukee, WI

The event is free and open to the public. However, tickets are required.

Members of the public are invited to pick up free tickets at the locations on the right beginning at 12:00 p.m. on Sunday, August 31st, until tickets run out. Tickets and space at the event are limited and available on a first-come, first-served basis.

For security reasons, do not bring bags. Please limit personal belongings. No signs or banners permitted.
Posted by Olga at 9:56 AM