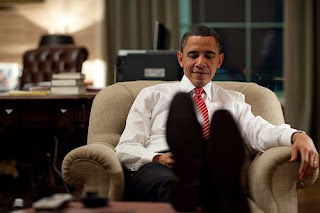 Healthcare is done and done. Tonight the House passed the fixes in a reconciliation bill, which also includes student loan reform. Republicans tried hard to obstruct but they didn't get very far this time. John Dingell is pleased:

My dad is smiling. In the end, nothing could stop this

Obama is expected to sign the reconciliation bill soon:

The House of Representatives cleared the final hurdle in Congress' overhaul of the nation's health care system, passing a health care reconciliation bill by a 220-207 vote.

In Iowa, the president challenges Republicans to campaign on repealing new law.

The amendment bill, which included the fixes made to the Senate version of the health care bill, will now go to President Obama for his signature.

The Senate passed the legislation this afternoon by a 56-43 margin after defeating 41 amendments offered by Republicans.

Three Democrats, including Sens. Blanche Lincoln and Mark Pryor of Arkansas and Sen. Ben Nelson of Nebraska -- all of whom voted for the original Senate health care legislation -- voted against the reconciliation bill. ABC