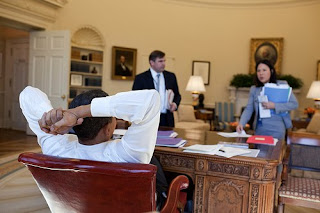 Update March 30: Watch video of Obama signing the bill/speaking here.
Update March 29: Obama will speak at 11:05 am eastern. Jill Biden will also be in attendance. The event will be audio streamed at WhiteHouse.gov and it's likely to be live streamed at msnbc.com.
This is the second part of healthcare, the so-called reconciliation bill that just passed the House yesterday. The bill also has the student loan reform, which begins July 1, 2010: