Obama Documentary: a Listener With a Killer Instinct 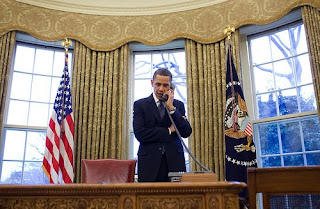 Wow, listen to the beginning of this audio (alternate link), which documents Obama's leadup to his presidential run. I had forgotten just how fiery Obama was. He's still fiery at times, but not like that. Given the realities of the job, I wouldn't expect him to be as impassioned. Obama is described in part as a good poker player, who doesn't take chances or tip his hand and plays to win, someone with a "killer instinct."
There are a whole slew of presidential documentaries at onlineuniversities.com.