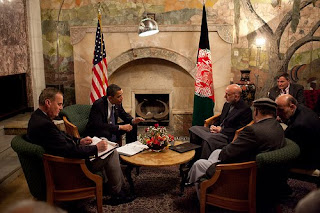 Obama and Karzai in Afghanistan
Update March 31: See video of Obama's speech on expanding offshore drilling here.
Obama will speak on energy security at 11:05 am eastern.
It will be live audio streamed here.
Later, the Obamas will host a workplace flexibility forum at the White House. Michelle Obama will launch the forum at 1:15 pm and Obama will close out the session with remarks at 4:15 pm.
The forum will also be live streamed at WhiteHouse.gov.
In between, Obama will sign a proclamation in honor of Cesar Chavez Day (2:40 pm) and Michelle Obama kicks off spring planting in the White House garden (4 pm).
In the meantime, here are some more awesome photos from Pete Souza:
Seder at the White House 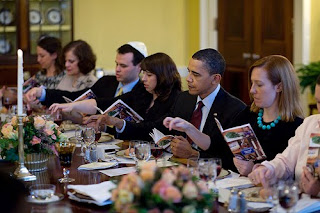 Obama and Karzai at dinner 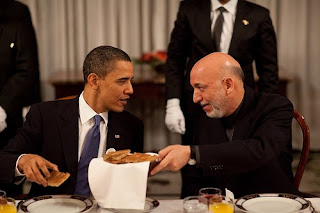 Obama's visit with troops in Afghanistan 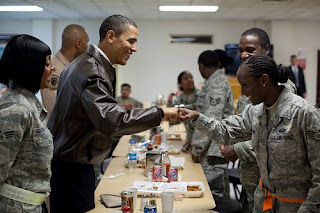 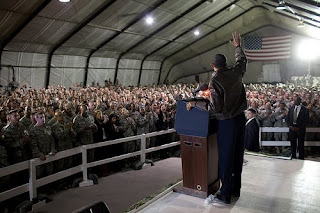 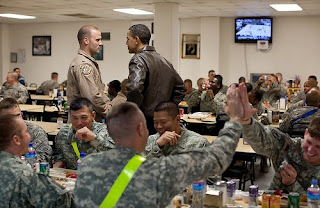 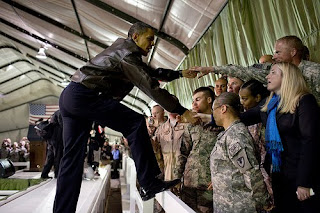