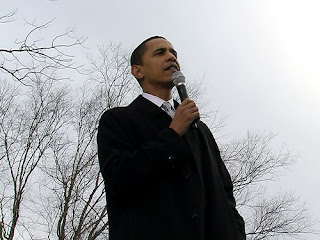 the only hillary supporters left now are those who wouldn't vote for barack obama in the first place. you may have noticed, their language has gotten uglier and their comments all over the internet are tinged with words like "liberal" and "theology" and all the other mean and nasty unmentionables. these are people that even hillary, when she comes to her right mind, would be ashamed to have as supporters. these people are loud for sure but will not matter in the general election.
first, the true democrats will unite (including the majority of hillary's supporters). second, the youth voters are going to come out in bigger numbers. third, obama will get his share of independents. fourth, black voters will be out in force. fifth, mccain will have some libertarian opposition sucking away votes from him. sixth, mccain is too close to bush, who is now being called possibly the worst president ever. people look at mccain and see bush. seventh, obama has always been vastly underestimated. eighth, obama doesn't have to win the west. he doesn't have to win ohio and pennsylvania. he only needs to get the most electoral votes and there are many, many ways to do that. obama has always been tops when it comes to strategy.
lastly, obama will win and he'll win big. hillary will be a faint memory and mccain will be ready to relax.
chill
Posted by Olga at 4:18 PM