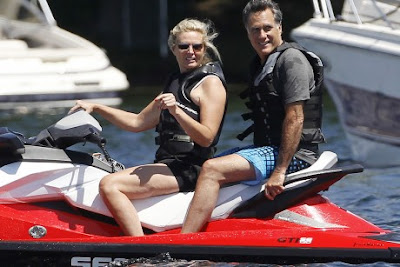 Kinzler in Iowa got $700,000 in stimulus and a small business loan, according to NPR. Kinzler = Government Moocher. Kinzler = Hypocrite. Romney said the stimulus didn't work, which is a myth that the GOP won't let go of. Why would Mitt bash stimulus at a company that benefited from stimulus? He's trying to hoodwink us. Romney is conveying the interests of only republican business owners. That is all that's inside Mitt's bubble.

Despite this, Romney said, Obama failed to fix the economy, to buttress Medicare and Social Security, to reduce spending and borrowing, to work in a bipartisan manner or to deal with global threats.

Ironically, Romney spoke at a firm that benefitted from Obama’s actions. Kinzler received nearly $700,000 in stimulus funds, as first noted by the Center for American Progress. Romney has previously held events at places that benefited from the economic stimulus, such as Otterbein University in Ohio and Watson Truck & Supply in New Mexico. La Times