Joe Always Has Obama's Back 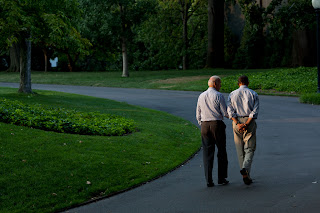 Photo of Joe and Chris Van Hollen practicing for the debate.

It's not well known that Biden and Ryan actually get on pretty well. As far as the debate, Biden always has Obama's back. That's all I'll say about the debate tonight.
Obama's been our president for almost four years now, and it's unfortunate that, according to the media, cleaning up a disaster and accomplishing major legislation, 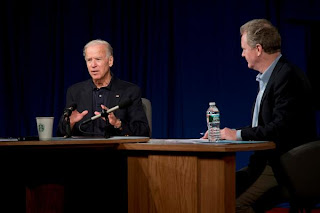 such as healthcare, ending the wars, choosing to rescue the auto industry... comes down to 90 minutes. I guess that's just the way our media is now, small minded, narrow, petty, entertainment oriented. Everyone's got to make a profit.

The debate from Kentucky, moderated by Martha Raddatz, will be on your TVs at 9 pm eastern time.