Obama in a Landslide or Romney in a Squeaker 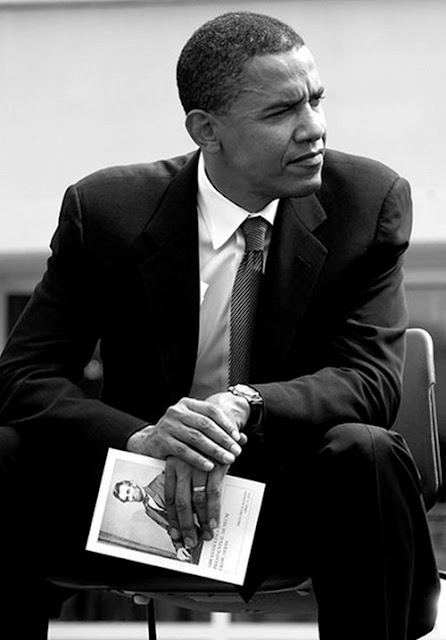 Update 10-23: Some evidence of my landslide prediction.


I'm making my prediction. It's either Obama in a landslide or Romney wins in a squeaker.
The electoral map, at this point, looks like Obama will win in a squeaker.
The polls have been extra weird this election, and there seem to be so many of them, so I'm not sure we can count on them.
Also, they don't take into account early voting, and there's a lot more of that. (Update 10-22: Among early voters in Ohio, the state Mitt has to win, 54% have voted for Obama, compared to 39% for Mitt).
The poll I watch most is the NBC/WSJ/Marist poll. It seems to be most credible
Gallup is just all kinds of crazy, and Rasmussen is republican leaning. Real Clear Politics has added republican leaning polls to the mix, which weights the polling.
If all the registered democrats voted, Obama would win, because there are more registered dems than republicans. But polls keep showing more enthusiasm on the republican side. That "enthusiasm" is really a visceral hatred of Obama. Don't underestimate a mob of angry people. They will vote, especially since they now see Romney as not so bad as they once did. Many democrats, on the other hand, are apathetic, the emo-progressives. They think Obama should've done more for them — public option in healthcare, stricter environmental regs... But no one knows who's going to win until all the votes are counted. Let's just hope the election is decisive and that there's no cheating. Republicans have been trying to suppress democratic voters. On election day, the Obama team will have plenty of poll watchers.
I'm trying to come to terms with a possible Romney win. The worst part would be a return to a regressive, unenlightened, old-man foreign policy. The world would be bummed by that as well.
Romney's not one who's going to hold direct talks with Iran, and he owes Sheldon Adelson, and Adelson, who's spent $100 million on the republicans and Romney, wants a strike on Iran.
As far as the economy goes, it's going to keep improving no matter who is president. It's likely that it will never be what it once was, though. We're living in new times. The economy is remaking itself and transitioning into something new.
A couple of things are certain, under a Romney presidency, the poor will be hit harder than ever, and the rich will thrive. Who knows what will happen with the middle class.