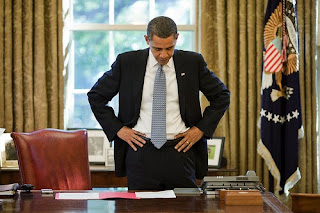 As the Obama administration begins an unprecedented publication of lists of people who have visited the White House on its Web-site -- yes, philanthropist George Soros has dropped in -- a senior adviser says President Barack Obama was "furious" ito learn that the Democratic Party had offered big donors a chance to meet with senior policy makers.

"There was one offering, or one brochure, or one communication from the Democratic National Committee, in the beginning of the year, and they had a line in there about access to senior policy makers,'' senior adviser David Axelrod says in an interview that National Public Radio's Weekend Edition is airing Saturday morning. "No one was more furious about that, when he learned about that, than the president himself. And he learned about it from a press clipping." More at the Swamp