Romney Says Only He Can Protect the Poor

I can't take this guy seriously anymore. Not when he insults and offends regular Americans. Who am I kidding? He has never come across as sincere. He always seems to be one foot in another universe, in a bubble of privilege. Even in this video, he appears to still be trying to appease the rightwing.

More people are using government services such as food stamps because we just had the worst recession since the great depression. And Yay!! for our federal government that it was able to provide people a hand up in time of need. Note to republican voters: Medicare and Social Security count as government services.

Furthermore, it just kills me that the republicans have never reckoned with the fact that Bush's fake economy burst and was handed to Obama to fix. We were bleeding jobs. Now we've had 30 months of job growth.

Republicans have squirreled Bush away like he was some lost treasure. Then when Obama tried to do things to fix economy, republicans fought him every step of the way. Congress is full of babies. Republicans need to mature and come back when they have a real candidate for president. Romney is just an insult to our nation.

Silly Ann Romney. Nothing was edited, so how was it misinterpreted or taken out of context? Stop already.


Lookie there. Where are the non-income tax payers? Red states. Mitt voters, not Obama voters as Mitt claims: 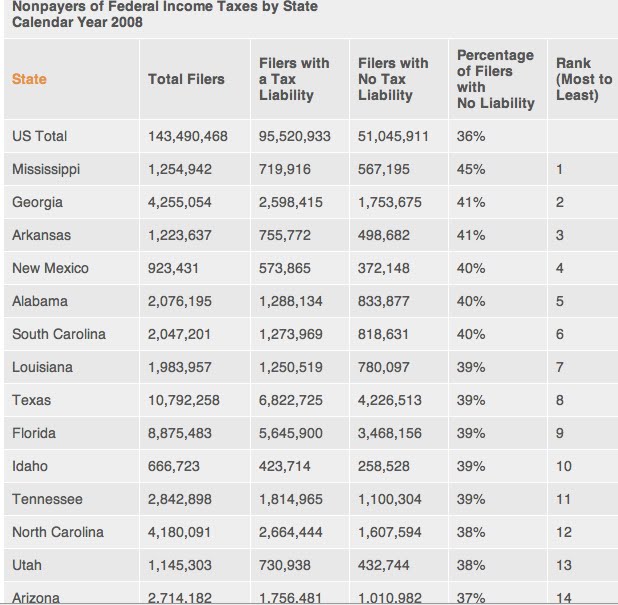 Via the Tax Foundation
I'm gonna keep posting this. 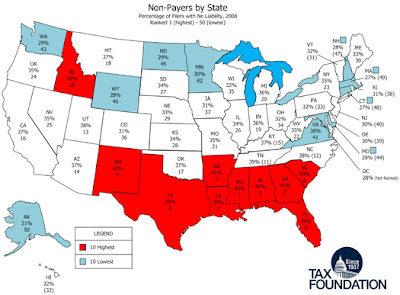