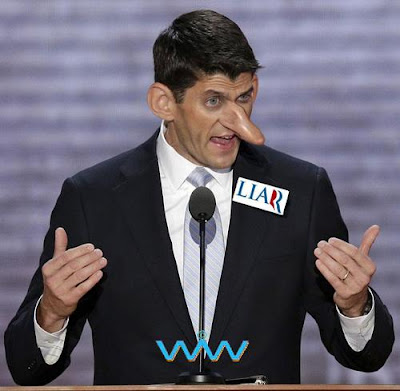 
In an amended return also released Friday, Representative Paul D. Ryan, Mr. Romney’s running mate, disclosed that he and his wife had initially failed to report $61,122 in income from 2011. He said the failure was inadvertent. The change raised their total income to $323,416 and increased their taxes by $19,917 to $64,674, or 20 percent of adjusted gross income.

They owed a penalty of $59 for the original underpayment. The Ryans explained that they had overlooked their income from the Prudence Little Living Trust. Mrs. Little, who died in 2010, was Mrs. Ryan’s mother. NYT >