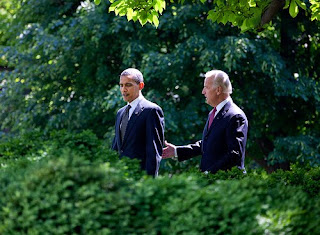 Update: Watch video of the town hall here.
Update Jan. 28: The town hall starts at 1:05 pm eastern. Obama is announcing $1.2 billion in stimulus funds for high speed rail.
This town hall will follow the State of the Union, which should make it more interesting. Plus Joe is along. Should be live streamed at WhiteHouse.gov, MSNBC.com and CNN.com:

Free tickets will be available on a first-come, first-served basis on Wednesday from noon to 2 p.m. at Bob Martinez Sports Center.

Tickets are required for admission. The main gym at the center holds more than 3,400 people, according to the school.

The town hall meeting comes one day after the president gives his State of the Union address, one that will focus on jobs.

Read more at the Tampa Bay

The Tampa and Orlando rail projects:

Tampa - Orlando: This investment will initiate the development of the Tampa to Orlando segment, with speeds reaching 168mph and 16 round trips per day on brand new track dedicated solely to high-speed rail. Trip time between the two cities on the new line will be less than one hour, compared to around 90 minutes by car. is project will create jobs and generate economic activity as 84 miles of track are constructed, stations are built or enhanced, and equipment is purchased. Completion of this phase is anticipated in 2014.

Orlando - Miami: Scheduled for completion in 2017, the 230-mile Orlando to Miami line is expected to operate at speeds up to 186mph, reducing travel time between these two cities to approximately two hours, or roughly half as long as it takes to drive the same route. Ultimately, 20 round trips per day between Orlando and Miami are planned. Although no ARRA funding will be used for this segment, significant planning activities are on-going to prepare for this second phase of Florida’s high-speed rail vision. Read more here