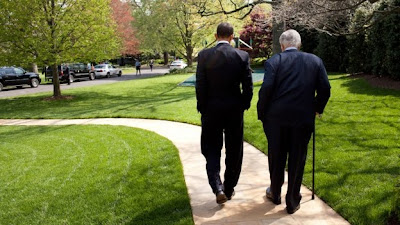 DEATH OF SENATOR EDWARD M. KENNEDY
- - - - - - -
BY THE PRESIDENT OF THE UNITED STATES OF AMERICA
A PROCLAMATION
Senator Edward M. Kennedy was not only one of the greatest senators of our time, but one of the most accomplished Americans ever to serve our democracy. Over the past half-century, nearly every major piece of legislation that has advanced the civil rights, health, and economic well-being of the American people bore his name and resulted from his efforts. With his passing, an important chapter in our American story has come to an end.
As a mark of respect for the memory of Senator Edward M. Kennedy, I hereby order, by the authority vested in me by the Constitution and laws of the United States of America, that the flag of the United States shall be flown at half-staff at the White House and upon all public buildings and grounds, at all military posts and naval stations, and on all naval vessels of the Federal Government in the District of Columbia and throughout the United States and its Territories and possessions until sunset on August 30, 2009. I also direct that the flag of the United States shall be flown at half-staff until sunset on the day of his interment. I further direct that the flag shall be flown at half-staff for the same periods at all United States embassies, legations, consular offices, and other facilities abroad, including all military facilities and naval vessels and stations.
IN WITNESS WHEREOF, I have hereunto set my hand this twenty-sixth day of August, in the year of our Lord two thousand nine, and of the Independence of the United States of America the two hundred and thirty-fourth.

America has lost a giant in politics and public policy. I have lost a close personal friend.

People called us the “odd couple,” which was certainly true. There are few men with whom I had less in common. Ted was born to a famous patrician family of Boston. He attended private schools and Harvard University. He was politically liberal, and liberal in his lifestyle – at least until he married Vicki Reggie, who set him straight. I grew up in a poor, working class family in Pittsburgh. Where Ted was the affable Irishman, I was the teetotaling Mormon missionary.

We did not agree on much, and more often than not, I was trying to derail whatever big government scheme he had just concocted. And, in those years that Republicans held the majority in the Senate, when it came to getting some of our ideas passed into law, he was not just a stone in the road, he was a boulder.

Disagreements over policy, however, were never personal with Ted. I recall a debate over increasing the minimum wage. Ted had launched into one of his patented histrionic speeches, the kind where he flailed his arms and got red in the face, spewing all sorts of red meat liberal rhetoric. When he finished, he stepped over to the minority side of the Senate chamber, put his arm around my shoulder, and said with a laugh and a grin, “How was that, Orrin?” Read the rest.