Beck and Friends Are Out of Their Gourds 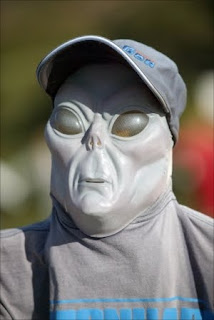 Beck and friends are so bonkers. I can't even believe this type of programming exists on TV or that anyone takes it seriously. Sarah Palin is telling her people to watch the Glenn Beck Show. What the heck? This kind of TV is the equivalent of Weekly World News, where one of its top stories is "Aliens to retire in Florida." It makes me wonder how serious Beck is. If he's serious, he's got a serious mental problem. I'd diagnose him with severe paranoia. He's creating this sort of mass delusion. Viewers have to know that they're being had.