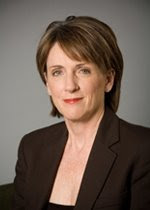 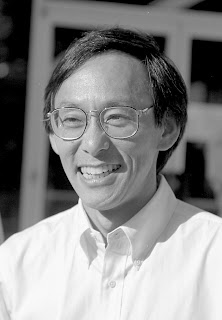 Steven Chu is a Nobel Prize winner and by all accounts, a genius. He's set to be Obama's energy secretary.
He headed Bell Lab's Quantum Electronics Research Department in the 1980s and designed an electron spectrometer--whatever the heck that is. He's currently director of the Lawrence Berkeley National Laboratory, where he's engaged in energy research.
Carol Browner will be an energy czar of sorts.

Carol M. Browner is a principal of The Albright Group LLC, a global strategy firm. Ms. Browner provides strategic counsel to clients in the areas of environmental protection, energy conservation, and climate change. She positions clients in many sectors to succeed in enhancing corporate responsibility, gaining market access, identifying political and regulatory risks, and developing strategic partnerships and business relationships.

Ms. Browner served as the Administrator of the U.S. Environmental Protection Agency (EPA) for eight years, longer than any other administrator in EPA's history. As a Cabinet official during the Clinton administration, she built unique partnerships with business leaders, community advocates, and all levels of government. She also developed common sense, cost-effective solutions to the nation's most pressing environmental and public health challenges.

Obama, who has said energy and environment matters would be important to his administration, is closing in on choosing the team that will oversee them.

He wants to spend billions of dollars to promote alternative energy sources and create millions of green energy jobs.

My father, Ju Chin Chu, came to the United States in 1943 to continue his education at the Massachusetts Institute of Technology in chemical engineering, and two years later, my mother, Ching Chen Li, joined him to study economics. A generation earlier, my mother's grandfather earned his advanced degrees in civil engineering at Cornell while his brother studied physics under Perrin at the Sorbonne before they returned to China. However, when my parents married in 1945, China was in turmoil and the possibility of returning grew increasingly remote, and they decided to begin their family in the United States. My brothers and I were born as part of a typical nomadic academic career: my older brother was born in 1946 while my father was finishing at MIT, I was born in St. Louis in 1948 while my father taught at Washington University, and my younger brother completed the family in Queens shortly after my father took a position as a professor at the Brooklyn Polytechnic Institute.

In 1950, we settled in Garden City, New York, a bedroom community within commuting distance of Brooklyn Polytechnic. There were only two other Chinese families in this town of 25,000, but to our parents, the determining factor was the quality of the public school system. Education in my family was not merely emphasized, it was our raison d'être. Virtually all of our aunts and uncles had Ph.D.'s in science or engineering, and it was taken for granted that the next generation of Chu's were to follow the family tradition. When the dust had settled, my two brothers and four cousins collected three MDs, four Ph.D.s and a law degree. I could manage only a single advanced degree.

In this family of accomplished scholars, I was to become the academic black sheep. I performed adequately at school, but in comparison to my older brother, who set the record for the highest cumulative average for our high school, my performance was decidedly mediocre. I studied, but not in a particularly efficient manner. Occasionally, I would focus on a particular school project and become obsessed with, what seemed to my mother, to be trivial details instead of apportioning the time I spent on school work in a more efficient way.