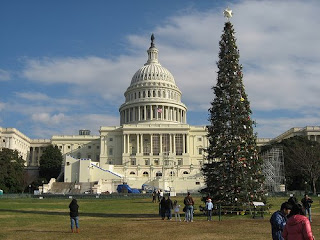 24 days until inuaguration!
The Hawaii State Society is hoping to lure Obama to its inaugural ball with one of Obama's apparent favorite Hawaiian performers, Raiatea Helm.The Obamas and Bidens are officially going to 10 balls.
Here is the official inauguration day schedule.

HA: The society is counting on some heavyweights to help sway Obama to stop by their soiree, however.

Ulis said Obama's sister, Maya Soetoro-Ng, an honorary co-chair for the inauguration, will be attending the state's gala, which is expected to attract 1,000 guests, including a number of Obama's Punahou School classmates.

"We have a special chant, called an oli, for him ... written by some special people in Hawai'i," she said.

Hawai'i vocalist Raiatea Helm, who will be one of the gala's entertainers, also wrote a special song for Obama, Ulis said.

"We understand that Raiatea Helm is one of Obama's favorite artists, so we are hoping that will help get him there," she said.

On top of that, the society is giving out 1,000 fresh flower lei, flown in from Hawai'i, to the attendees with special ones for the Obamas and the Bidens, Ulis said.