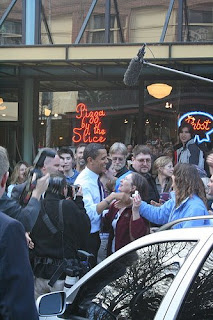 this speaks to obama's ability to organize and manage finances.

nyt: Of all the candidates, Democratic or Republican, Mr. Obama, of Illinois, is in the strongest financial shape. Of the $38.8 million in cash on hand, a total of $31.5 million is earmarked for the primary race, with only $7.3 million set aside for the general campaign. This primary war chest is more than Mrs. Clinton’s and Mr. McCain’s combined.

On top of that, Mr. Obama’s campaign is almost debt-free. He ended the month owing only $625,059. Over all, Mr. Obama has raised $190 million since he began his campaign, and spent $158 million — the most of any candidate.