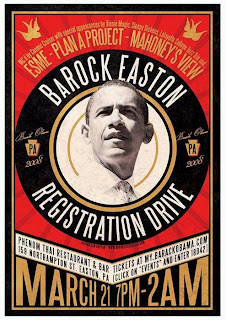 i wonder why cnn chose to state this fact now? it's been a fact for a while. obama has been leading in delegates and popular vote since super tuesday. and he's won 30 states to clinton's 14. the ONLY way clinton can win is to present her case to the superdelegates (or cheat). her case: she is more electable.

turns out clinton's looking to capitalize on the pastor wright controversy to make her appear more electable. that seems suitable, since her campaign started the fervor by passing around the video to start. (that's according to newsweek).

but if the race issue didn't bubble up, we never would've gotten that great speech from obama, which has led to people talking. everywhere.

unlike clinton, mccain continues to shut down the people in his party who keep acting like children. i don't agree with mccain's political views but i think he's an upstanding person.

for clinton, it looks like her strategy might just come back to bite her because it appears that following obama's "a more perfect union speech," more people have joined the obama camp than have left. of course, that's just my anecdotal evidence.

what would really be cool is if the superdelegates came out. a flock of them could do this. but i don't think they'll do it until after pennsylvania. that state is one that clinton has staked the rest of her campaign on. she's expected to do well. but who knows? i secretly hold out for an obama win. that would take plenty of new voters, which reminds me, that pennsylvanians who want to vote for obama have until march 24 to register as a democrat if they aren't already.
Posted by Olga at 8:06 PM