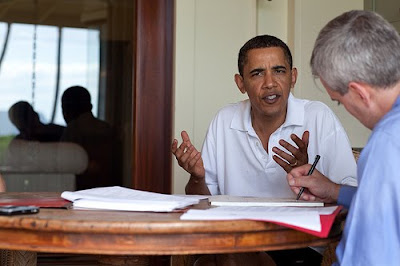 Obama works on report in Hawaii with Denis McDonough
Obama had asked for a report by today. He's been briefed and will meet with security officials next week:

Vacationing in Hawaii, Obama received an preliminary assessment ahead of meetings he will hold in Washington next week on fixing the failures of the nation’s anti-terrorism policy. Administration officials said the system to protect the nation’s skies from terrorists was deeply flawed and, even then, the government failed to follow its own directives.