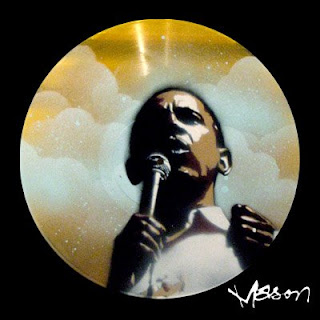 It's been really fun watching Obama over the last several days. I can't keep up. He's everywhere. He seems to be giving every ounce he has, a competitor, for sure. He'll make a great Commander in Chief.

WaPo: Barack Obama can win the White House next Tuesday over John McCain without carrying Florida and its 27 votes but it has become increasingly clear that the Democratic nominee and his campaign see the Sunshine State as a critical symbolic victory given the state's history in presidential politics over the last eight years.
For months, Obama has been flooding the state with resources -- primarily on a massive television campaign that is costing the campaign more than $5 million a week. (Worth noting: Obama kept the ad spending up even when polling in September suggested it was having almost no impact. Perseverance sometimes pays off in politics.)
In the last few weeks, Obama has sent his top two field generals -- "Sunny" Steve Hildebrand and Paul Tewes -- to direct ground operations in the state.
Surrogates for Obama are also flooding the state. Last night, following his 30-minute national informercial, the Illinois senator appeared alongside former President Bill Clinton at a midnight rally in Kissimmee. Then today came the news that former Vice President Al Gore and his wife, Tipper, will make stops in West Palm Beach and Ft. Lauderdale tomorrow to lead early vote rallies.