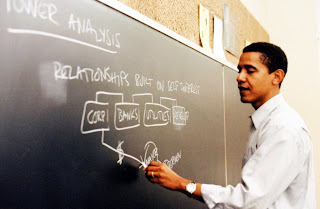 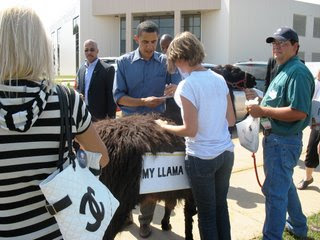 For all the new peeps considering obama, or for those of you who want to brush up, here is a neat compilation of obama's legislative accomplishments that you can use to support him when you're arguing with, or informing, friends and neighbors.
here's a couple from that compilation at dailykos:

Introduced by Obama, this binding act would stop the planned troop increase of 21,500 in Iraq, and would also begin a phased redeployment of troops from Iraq with the goal of removing all combat forces by March 31, 2008.

Explaining the bill, Obama said it reflects his view that the problems in Iraq do not have a military solution. "Our troops have performed brilliantly in Iraq, but no amount of American soldiers can solve the political differences at the heart of somebody else's civil war," Obama said.

Amendments to the 2008 Defense Authorization Bill

Obama worked with Sen. Kit Bond to limit, through this bill, the Pentagon’s use of personality disorder discharges in the FY 2008 Defense Authorization bill.

This provision would add additional safeguards to discharge procedures and require a thorough review by the Government Accountability Office. This followed news reports that the Pentagon inappropriately used these procedures to discharge service members with service-connected psychological injuries.

"With thousands of American service members suffering day in and day out from the less visible wounds of war, reports that the Pentagon has improperly diagnosed and discharged service members with personality disorders are deeply disturbing," said Senator Obama. "This provision will add additional safeguards to the Department of Defense’s use of this discharge and mandate a comprehensive review of these policies."

Here's more.
Here are the bills obama has sponsored.
Bills such as this: S.115 :

A bill to suspend royalty relief, to repeal certain provisions of the Energy
Policy Act of 2005, and to amend the Internal Revenue Code of 1986 to repeal
certain tax incentives for the oil and gas industry.Sponsor: Sen
Obama, Barack [IL] (introduced 1/4/2007)
Cosponsors (None)

Interested in facts, videos, and stories about obama dating back to 1996?
What's he going to do for me?
Internet smears and the truth
Want to know more about Michelle Obama?
First Lady Michelle Obama
Michelle on Larry King
Michelle's Brother Craig
Michelle on Barack’s experience
Michelle Obama Watch
Obama on the issues: Blueprint for Change
Posted by Olga at 3:54 PM