Romney Finally Going to Give Interviews to 3 Networks 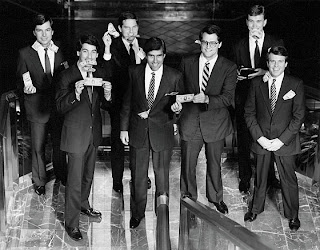 Romney will speak from Laconia, New Hampshire with reporters for CBS, ABC, NBC, Fox News and CNN Friday afternoon, with each segment possibly airing as soon as that night’s broadcast, the Romney campaign confirmed to TPM. Read more at TPM.

Romney hasn't had a real interview where he was called upon to answer specific questions. The Romney campaign apparently thought it could get by without doing so because they have been under the assumption that Americans will elect anyone but Obama. The Romney camp is dead wrong.

Romney did business in Massachusetts during the Olympics.

Romney doesn't want to release his past tax returns. Apparently, John McCain has seen Romney's tax returns dating back to 1985. Maybe that's why he wasn't chosen as vice president.

The media has played this as a democrat strategy. It may be. But that doesn't make it wrong. We have a right to know if Romney has conflicts of interests.
Posted by Olga at 12:06 PM