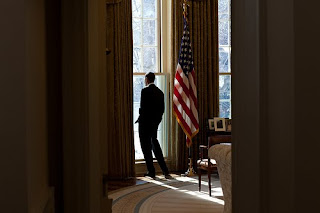 The biggest signal that Obama has plans for a second term came from Michelle Obama's interview yesterday. But I suppose this says it all:

President Obama’s top advisers are quietly laying the groundwork for the 2012 reelection campaign, which is likely to be run out of Chicago and managed by White House deputy chief of staff Jim Messina, according to Democrats familiar with the discussions.

The sources said Obama has given every sign of planning to run again and wants the next campaign to resemble the highly successful 2008 effort. Politico