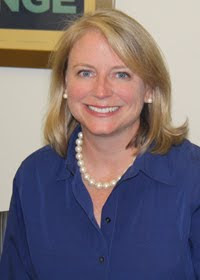 Update: Julianna Smoot, pictured, will replace Rogers
Social Secretary Desiree Rogers was not a well liked by people outside of the White House. Politico reports that Julianna Smoot, the chief of staff for U.S. Trade Representative Ron Kirk, could replace Rogers. Obama met with Kirk this week:

Desiree Rogers, the White House social secretary who announced Friday she was stepping down, was not pushed out, White House press secretary Gibbs said in his daily briefing.

Asked if last year’s state dinner breach played a factor in her decision, Gibbs said, “I don’t think it did, no.”

Rogers also must abide by the White House’s rules on lobbying practices if she enters the private sector, he said.

Rogers announced Friday she would resign from her post after a little more than a year on the job. Politico

“We are enormously grateful to Desiree Rogers for the terrific job she’s done as the White House Social Secretary. When she took this position, we asked Desiree to help make sure that the White House truly is the People’s House, and she did that by welcoming scores of everyday Americans through its doors, from wounded warriors to local schoolchildren to NASCAR drivers. She organized hundreds of fun and creative events during her time here, and we will miss her. We thank her again for her service and wish her all the best in her future endeavors.”