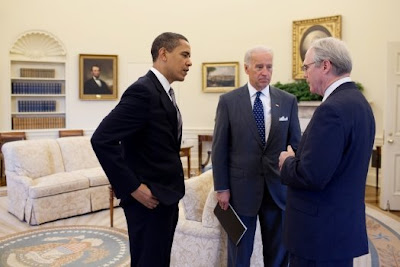 President Obama begins the second 100 days of his presidency with 56% of Americans believing he has done an excellent or good job thus far, and only 20% saying he has done a poor or terrible job. According to the new USA Today/Gallup poll, conducted April 20-21, about a quarter of Americans are on the fence, saying his performance has been "just okay."

Also from Gallup, Obama is seen as making a bipartisan effort:

A new USA Today/Gallup poll finds Americans giving Barack Obama credit for trying to be bipartisan, but less likely to believe that the Democrats and Republicans in Congress are making the same sincere efforts.