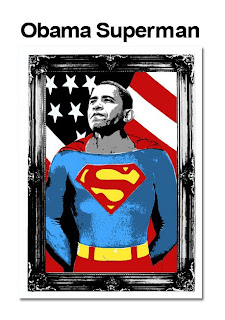 Barbara Walters, the overrated interviewer, has Obama tomorrow. I still like her anyway. Here is some of what Obama said:

Weeks away from his inauguration, Obama stressed to Walters the importance of personal, corporate and civic accountability in light of the cratering economy and said his presidency would be a return to "the ethic of responsibility."

Obama said "captains of industry" on Wall Street and in Detroit who took advantage of corporate perks while their companies benefited from government loans paid for with taxpayers' money, don't have "any perspective on what's happening to ordinary Americans."

He says bank execs should forgo their bonuses. Of course they should and so much more.

Asked by Walters if bank executives should forgo their bonuses , Obama said, "I think they should."

"That's an example of taking responsibility. I think that if you are already worth tens of millions of dollars, and you are having to lay off workers, the least you can do is say, 'I'm willing to make some sacrifice as well, because I recognize that there are people who are a lot less well off, who are going through some pretty tough times,'" the president-elect added.

Obama's trying to find a way to communicate outside the bubble, so he doesn't end up like George Bush:

For national security purposes, a president is limited in his electronic correspondences for fear of hacking. Additionally, presidential communications are strictly monitored and archived for historical purposes.

"One of the things that I'm going to have to work through is how to break through the isolation -- the bubble that exists around the president. I'm in the process of negotiating with the Secret Service, with lawyers, with White House staff ... to figure out how can I get information from outside of the 10 or 12 people who surround my office in the White House," he said.