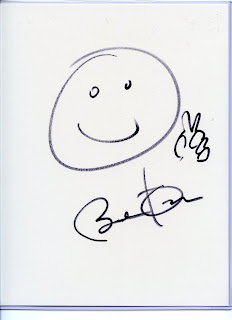 Who knew there were so many exotic positions in government. More about Alyssa.

CHICAGO – If the Obama presidential campaign would have had the title of conductor – a person to keep the trains running on time and the symphony playing together – her name would have been Alyssa Mastromonaco.

And on Tuesday, President-elect Barack Obama announced the appointment of Ms. Mastromonaco to a similar position in the White House, where she will serve as the director of scheduling and advance.
....
“I can keep a secret,” Ms. Mastromonaco said in an interview after the selection ended.

That skill will surely come in handy in her new role, where she will be in charge of the president’s scheduling, overseeing the army of people who will work inside the White House to make every trip the president takes a reality.