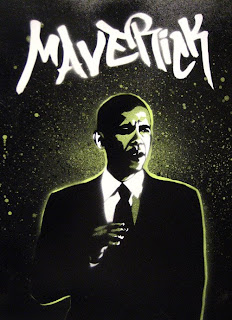 President-elect Barack Obama today returned phone calls to five world leaders and expressed his appreciation for their congratulations on his election. President-elect Obama spoke with:

More White House announcements. Some of these were already known and are now official.

"I am pleased to announce these new additions to our team, and I'll be relying on their broad and diverse experience in the months ahead as we work to strengthen our economy, reform Washington, and meet the great challenges of our time," said President-elect Barack Obama.

David Axelrod, Senior Advisor to the President
David Axelrod served as President-elect Obama’s Chief Strategist during the presidential campaign, and led Obama’s 2004 Senate campaign. A native of New York City, Axelrod graduated from the University of Chicago and spent eight years as a reporter for the Chicago Tribune, where he covered national, state, and local politics and became the youngest political writer and columnist in the paper’s history. Leaving journalism in 1984, Axelrod managed Paul Simon’s upset victory over incumbent U.S. Senator Charles Percy of Illinois. In 1985, he founded Axelrod & Associates, a political consulting firm known today as AKP&D Message and Media. Axelrod has worked for leading Democrats across the country, including Senators Hillary Clinton, Chris Dodd, and Herb Kohl, as well as Governor Tom Vilsack of Iowa, Governor Deval Patrick of Massachusetts, Congressman Rahm Emanuel of Illinois, and Mayor Richard Daley of Chicago, along with mayors of big cities across the country. He is married to Susan Axelrod, president and founder of Citizens United for Research in Epilepsy (CURE). They have three grown children.

Lisa Brown, Staff Secretary
Lisa Brown is the Executive Director of the American Constitution Society for Law and Policy. Lisa was Counsel to Vice President Gore from September 1999 through January 2001, and Deputy Counsel from April 1997 through August 1999. In addition to advising the Vice President on legal issues, Lisa served on the Executive Board of the President's Committee for Employment of People with Disabilities and worked closely with the Vice President's Domestic Policy Office on a variety of legislative initiatives. Lisa was an Attorney Advisor in the Office of Legal Counsel at the Department of Justice from June 1996 until April 1997. Prior to her government service, Lisa was a Partner in the Washington, D.C. law firm Shea & Gardner. Ms. Brown graduated Magna Cum Laude from Princeton University with a B.A. in Political Economy in 1982. She received her law degree with Honors from the University of Chicago Law School in 1986.

Greg Craig, White House Counsel
Gregory B. Craig served under President Bill Clinton as Assistant to the President and Special Counsel. Prior to his appointment to that post he served for two years as Director of Policy Planning under Secretary of State Madeleine Albright. Craig also worked for Senator Edward M. Kennedy as Senior Advisor on Defense, Foreign Policy, and National Security from 1984-1988. In addition to his service in government, Craig brings to the White House a wealth of experience in civil and criminal litigation.

Chris Lu, Cabinet Secretary
Christopher P. Lu has worked for President-elect Obama in a number of roles over the past four years. He was Legislative Director and Acting Chief of Staff in Obama’s Senate office, as well as a policy advisor during the presidential campaign. Chris is now the Executive Director of the Obama-Biden Transition Project, where he manages the day-to-day operations of the transition. From 1997 to 2005, he was Deputy Chief Counsel to Rep. Henry A. Waxman on the Democratic staff of the House Government Reform Committee (now the House Oversight and Government Reform Committee). A graduate of Princeton University and Harvard Law School, Chris was a litigation attorney at Sidley Austin in Washington, D.C. (1992-1997), after a clerkship with the Honorable Robert E. Cowen of the U.S. Court of Appeals for the Third Circuit (1991-1992).

Also, Tom Daschle chosen as Secretary of Health and Human Services
Posted by Olga at 4:28 PM