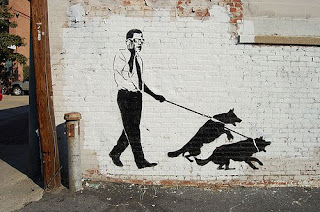 The Blue Dog Coalition, a group of 47 House democrats, promotes fiscal responsibility, balancing budgets and that sort of thing.

Reuters: A bloc of fiscally conservative Democrats on Tuesday won a commitment from President Barack Obama's administration for efforts to balance the government's checkbook, enabling many of them to support the economic stimulus plan.

A day before the House of Representatives votes on the $825 billion stimulus package, Obama's budget director, Peter Orszag, said the government must eventually get back to paying for non-emergency spending without boosting the deficit.

"We need to return the fiscal responsibility and pay-as-you-go budgeting that we had in the 1990's for all non-emergency spending," Orszag said in a letter to Congress.
"The president and his economic team look forward to working with the Congress to develop budget enforcement rules that are based on the tools that helped create the surpluses of a decade ago," he said in the letter.

The bloc, known as the Blue Dog Democrats, had sought in meetings with Obama aides a commitment that the new president would work to ensure the burgeoning budget deficit is not further bloated by increases in mandatory government spending programs, like Social Security and Medicare, or by tax cuts.