The Left And The Right Are a BIG Bore

The left extreme and the right extreme can't even enjoy the moment for a day or two. They're back at work cutting and dicing, pick, pick, pick.
Here's Paul Krugman being all left:

Also, one wishes that the speechwriters had come up with something more inspiring than a call for an “era of responsibility” — which, not to put too fine a point on it, was the same thing former President George W. Bush called for eight years ago.

But my real problem with the speech, on matters economic, was its conventionality. In response to an unprecedented economic crisis — or, more accurately, a crisis whose only real precedent is the Great Depression — Mr. Obama did what people in Washington do when they want to sound serious: he spoke, more or less in the abstract, of the need to make hard choices and stand up to special interests.

That’s not enough. In fact, it’s not even right.

Thus, in his speech Mr. Obama attributed the economic crisis in part to “our collective failure to make hard choices and prepare the nation for a new age” — but I have no idea what he meant. This is, first and foremost, a crisis brought on by a runaway financial industry. And if we failed to rein in that industry, it wasn’t because Americans “collectively” refused to make hard choices; the American public had no idea what was going on, and the people who did know what was going on mostly thought deregulation was a great idea.

Krugman may be a Nobel Prize winning braniac who thinks that if everyone just listens to him then we'd be all right, but he's wrong. Collectively, we let it all go down. But now we know better, which is why we elected Obama.
Then there's Rush Limbaugh, who's already saying that he hopes Obama fails, which is causing an uproar. People take him so seriously and I'm not sure he counts as a legit right extreme. He's kind of entertainment. He laughs all the way to the bank.
Perhaps Dick Morris is a better example of the right extreme. Here he is being the extreme on the right:

We will enter his Administration as the United States, buoyed by an aggressive free market economy. We will exit his first year - and even the first hundred days - as France, burdened with massive government regulation, a vast public sector, and permanent middle class entitlements. And Obama will take care to arrange things so that massive and permanent political change accompanies his and protects his legislative achievements in the future.

Such narrow mindedness from both extremes. Boring.
Here's the stuff that matters, collectively doing things to clean up the mess: 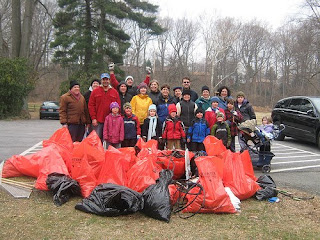 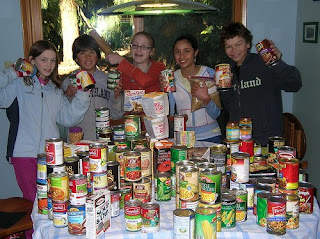