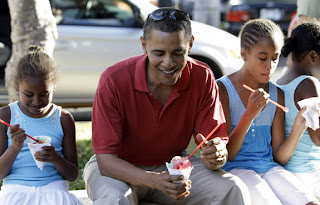 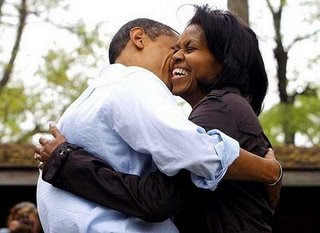 This story is 100% true. The Obamas are a perfect family role model. Michelle and Barack obviously love each other and that's good for everyone. Obama would be the last person to pull a Clinton or an Edwards.

HP: One of the greatest benefits of an Obama presidency is hidden in plain sight: the relationship between Michelle and Barack. They provide a great role model of a healthy relationship, at a time when such models are sorely needed.

For example...
Imagine having a president who is not distracted from the nation's business by the stresses of secrets in the presidential marriage.

Imagine having a president who likes his partner and values her as an equal, a president who touches his wife affectionately in public and actually listens to her when she talks!

Fortunately we don't have to imagine it, because we already have that potential at the tip of our voting fingers. For Americans, one of the most important aspects of an Obama presidency is being overlooked: the model of a healthy relationship. In the 28 years of our own marriage, we've worked with more than 4,000 couples in our office and seminars, so we have a reasonably good idea of what kinds of behavior one sees in a healthy relationship. For example, Michelle and Barack do something we've never seen before in a presidential couple: they actually look directly at each other when they're speaking to each other. They also laugh at each other's humor, and they allow their sexual attraction for each other to be visible. Contrast that with other presidential marriages, in which the sexual attraction to each other was not visible but their sexual attraction to others became highly visible. Michelle and Barack talk openly about their feelings for each other. They're real. 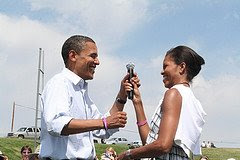 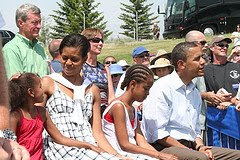 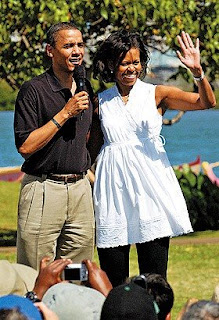 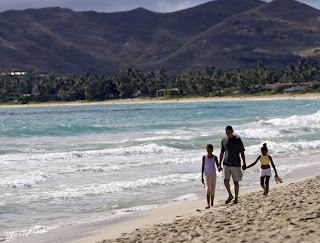 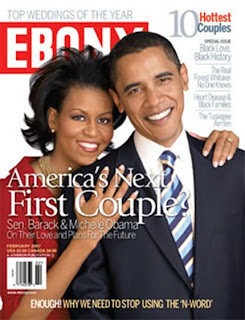 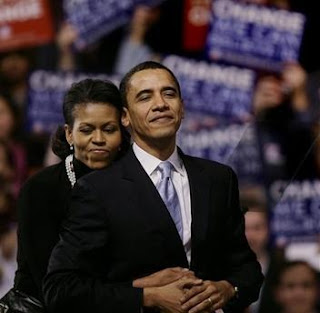 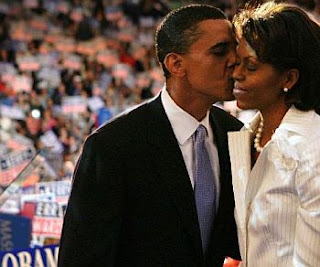 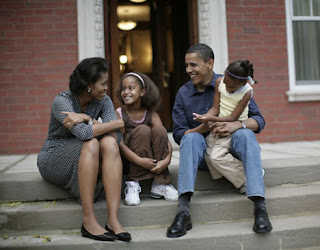 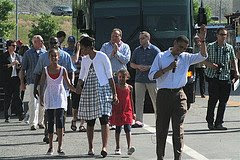