Obama's the Same Guy From Dreams and Audacity 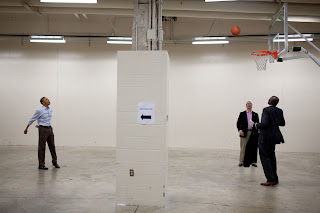 This is a story by history professor James Kloppenberg, who suggests folks read or re-read Dreams From My Father

and the Audacity of Hope

. Obama is doing what he said he would do:


After almost two years as president, Obama has failed to satisfy the left for the same reason that he has antagonized the right. He does not share their self-righteous certainty. Neither his personal restraint nor the achievements of his administration should surprise anyone who has read his books. In the domains of health care and economic regulation, and in his approach to Afghanistan, Obama has followed his script: substantial but incremental reforms growing organically from American experience rather than hewing to party orthodoxy. In November 2010, President Obama remains the man who wrote Dreams and Audacity, a resolute champion of moderation, experimentation, and deliberative, nondogmatic democracy. It’s just that the distorting mirrors of political commentary in America’s fun house can make it hard to recognize him. Read the whole thing at Newsweek