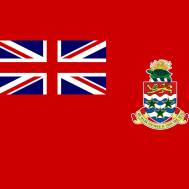 The Cayman Island flag on the 150-foot yacht (that pays no US taxes) that the Romney campaign uses to schmooze billionaires.

Republicans are sort of skipping over Mitt, looking to 2016. I'm thinking Mitt isn't the leader of the party at all. The GOP is just biding its time, making do with Romney:


The Republican National Convention has in some ways become as much of a showcase for the GOP's potential 2016 contenders as it has for this year's nominee, Mitt Romney, through the first full day of speeches. Wisconsin Gov. Scott Walker received a hero's welcome from gathered delegates during his speech Tuesday. New Jersey Gov. Chris Christie delivered a barnburning keynote address that touted his own accomplishments as much as Romney's. NBC

Visit NBCNews.com for breaking news, world news, and news about the economy
Posted by Olga at 4:41 PM