"At the end of that meeting General McChrystal did provide a copy of the force requirements to Admiral Mullen on the U.S. side and Admiral Stavridis on the NATO side," Sholtis said after McChrystal returned from the meeting at an air base in Germany. WaPo

Obama has to decide and he said his decision will be based on whatever is most effective at eradicating Al Qaeda:

Sitting in an air-conditioned office within this gargantuan NATO encampment in southern Afghanistan, a U.S. officer pointed to a map of Kandahar province that indicated, with small, rectangular boxes, where soldiers deployed by President Obama earlier this year were now operating.

There were two battalions to the north of Kandahar city. Another to the far south. Canadian forces were going to swing to the west. About 5,000 new U.S. troops in all.

"But there, there and there," the officer said, pointing to towns just outside a belt where the Americans and Canadians were stationed, "and there," putting his fist on the city, which with 800,000 residents is the country's second-largest population center, "we don't have anyone."

If more forces are not forthcoming to mount counterinsurgency operations in those parts of the province, he concluded, the overall U.S. effort to stabilize Kandahar -- and by extension, the rest of Afghanistan -- will fail.

"We might as well pack our bags and go home . . . and just keep a few Predators flying overhead to whack the al-Qaeda guys who return," he said, speaking on the condition of anonymity because of the sensitivity of the issue. "There's no point in doing half-measures here."

I'm not a fan of war, any war, and I'd like to see us pull out but it seems if we're going to be there then we should be all in. We should also set a deadline. We have to set benchmarks for progress, an exit strategy. Polls show that most people are opposed to more troops in Afghanistan. People are war weary but they're also clueless about Afghanistan, so I'm not sure that we should leave Afghanistan based on an uninformed public.

Obama, who has already ordered 21,000 extra troops to Afghanistan this year, has described himself as a "skeptical audience" of the case for sending more, and says he wants to be sure the strategy is correct first. Republican critics have reacted sharply to the delay, accusing him of dithering.

A Gallup poll published Friday showed a fall in support for the war, with 50 percent of Americans opposed to sending more troops, while 41 percent supported it. Obama said he understood the public's concerns.

"This is not easy and I would expect that the public would ask some very tough questions," he told a news conference at a summit of world leaders in Pittsburgh Friday. "That's exactly what I'm doing, is asking some tough questions."

Increasing evidence of fraud in last month's Afghan presidential election has made the case for sending more troops to protect the Afghan government more difficult to defend. WaPo 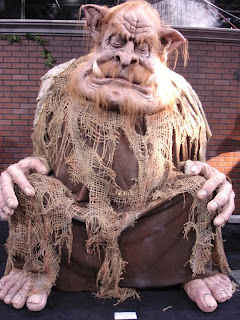 But republican critics should shut their pie holes. Afghanistan languished under Bush for years and all of a sudden they want Obama to hurry up? They now care about Afghanistan? They didn't care then. They only care now because it's Obama making the decision. Obama's not George Bush and he's not going to plunder a nation just because. Republicans are still acting like trolls under the bridge. They serve no useful purpose, not even "loyal opposition:"

Obama, who has already ordered 21,000 extra troops to Afghanistan this year, has described himself as a "skeptical audience" of the case for sending more, and says he wants to be sure the strategy is correct first. Republican critics have reacted sharply to the delay, accusing him of dithering.