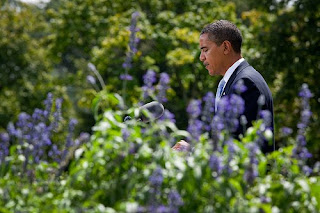 The U.S. Chamber is against reducing greenhouse gases. How weird is that? Exelon quit because they could benefit from energy legislation. It's always: what's in it for me? Companies should start thinking about what benefits the greater good because ultimately, that benefits them too. I know, La-La Land:

Exelon, the nation's biggest operator of nuclear power plants, said Monday that it's quitting the U.S. Chamber of Commerce because of the business group's lobbying against climate and energy legislation.

Last week, two other large energy companies, Pacific Gas and Electric and PNM Resources, also quit the Chamber over objections to its stance on climate change.

The Chamber lobbied vigorously against the climate bill that narrowly passed the House in June. The measure would set an annually declining cap on emissions and set up a system of tradable emissions allowances, and also included incentives for renewable energy and efficiency. Sens. John Kerry, D-Mass., and Barbara Boxer, D-Calif., plan to unveil their draft of a Senate version on Wednesday. McClatchy

The Chamber's energy legislation beefs are rising energy prices, which means higher business costs, and the excuse that cutting greenhouse gases wouldn't work anyway. Speaking of beef, if we all stopped eating meat ONE DAY a week, that would go a long way to saving the planet. Meat processing puts out nearly one-fifth of greenhouse gases:

The Chamber, the nation's largest business lobby, contends that the climate legislation would curtail energy from coal and other fossil fuels, creating energy scarcity that would increase prices. It's also argued that the legislation wouldn't result in a cut in greenhouse gases globally because the reduction would be outweighed by the growth of emissions from developing countries.

The proposed legislation would direct funds from the sale of allowances back to fossil fuel companies during a transition period, a plan aimed at preventing price spikes and shortages. It also provides incentives for the development of renewable energy.

"The bottom line is that there's rarely unanimous agreement among our membership on any given issue," said Chamber spokesman Eric Wohlschlegel, noting that the Chamber of Commerce represents more than 3 million companies. McClatchy

It should be known that the Chamber complains about everything that requires business to be more responsible. It is also against Obama's proposed consumer financial protection agency that would regulate the financial markets to prevent another meltdown.
Posted by Olga at 7:23 AM