Obama to Meet the Pope 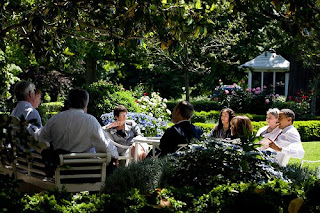 Following the G8 Summit (read about that here), Obama will meet with the Pope:

Vatican officials said the U.S. leader will have an afternoon audience with the Pope in the Vatican after the conclusion of a July 8-10 summit of Group of Eight industrial nations, due to take place in the Italian city of L'Aquila.