The woman whose empathetic question — "how do you do it?" — sparked uncharacteristic emotion Monday from Sen. Hillary Clinton ended up voting for Sen. Barack Obama in the
New Hampshire primary.

not a big deal but kind of interesting.

"Former President Clinton has continued to mischaracterize my record on this and we're going to have to call him on it," Obama said. "The press has already pointed out that he's wrong about this, but he keeps on repeating it."

Obama was referring to comments Bill Clinton made on the eve of the New Hampshire primary, lashing out at Obama and calling his candidacy "the biggest fairy tale I've ever seen."

"It is wrong that Senator Obama got to go through 15 debates trumpeting his superior judgment and how he had been against the war in every year, enumerating the years, and never got asked one time -- not once, 'Well, how could you say that when you said in 2004 you didn't know how you would have voted on the resolution?' " Clinton said at a campaign rally at Dartmouth College in New Hampshire Monday night.

"Give me a break. This whole thing is the biggest fairy tale I've ever seen," the former president said.

By Wednesday morning, Obama was accusing Bill Clinton of misleading people about his position.

"At some point we are just going to keep drilling away at the fact that it is indisputable," Obama said on National Public Radio.

"I opposed this war from the start. In 2002, 2003, 2004, and the fact that I voted for funding for the war once I got into the Senate is perfectly consistent with my position that it was important to make sure that our troops had the equipment and the tools that they needed at a time when things were very dicey."

Obama also said he is in a strong position to win the Democratic South Carolina primary on Jan. 26th.

"I'm reaching out not just to the African-American community, but to people from all walks of life, saying we can put together a coalition that we haven’t seen in a long time to actually move the progressive agenda forward," he said.

and finally, the culinary union in las vegas endorses obama. 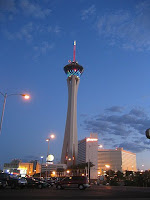