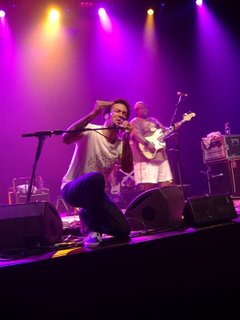 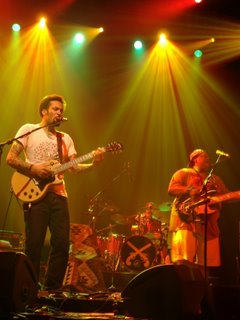 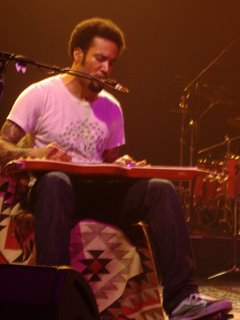 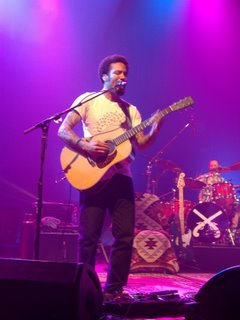 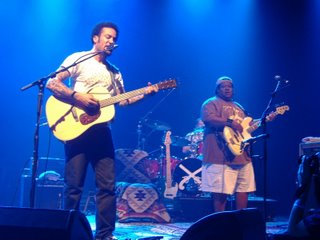 these very excellent photos are from my british chum, who had front row tix to ben's very intimate concert ben's on july 4 -- 3,000 people. that's pretty much the only way i'll see a concert these days unless of course, it's the chili peppers. speaking of -- ben's also going to be touring with the chili peppers in england.

i haven't listened to ben's music but ms. N's taste in music is stellar -- she rivals me in john frusciante-ism -- but i intend to real soon.

we swap music back and forth. she introduced me to razorlight, one of my faves. i introduced her to drew danburry, madly touring all around the u.s. and heading to england as a matter of fact.
Posted by Olga at 5:13 PM