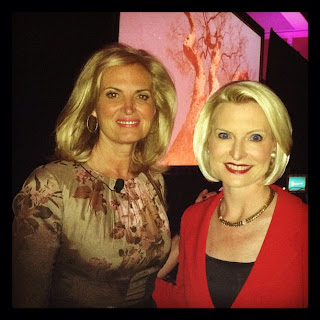 Dear Mitt and Ann, you can't have it both ways. Either women working at home is work or it isn't. Clearly it isn't work, in the traditional sense, because you don't get paid for it.
Ann Romney attempted to open the door for her husband to women (which says a lot in it itself) by spinning Hilary Rosen's comment that Ann hasn't worked a day in her life. Ann said she made a "career choice" to stay at home. That's fine and dandy if you have that choice. Many women never realized it could be a career choice because being a stay at home mother doesn't pay the bills. Hilary Rosen's point, before the media took up with Ann, was that Ann Romney isn't in touch with the average woman. The average woman doesn't have a choice. She has to both raise children and work outside the home. Rosen's point was that Ann Romney probably isn't the best representative of the average woman, and that perhaps Mitt should be getting advice about what average women need elsewhere. In this video, Romney says only work -- outside of the home, the kind you get paid for -- gives you dignity. So why didn't Ann Romney need to know the "dignity of work?" Because Mitt only meant that poor mothers need to know the dignity of work, not rich ones:

Another edition of Romney then and now. Romney on providing quality daycare to parents who have to "work," defined in the traditional sense (as opposed to the Ann Romney version of being a stay at home mother) as working outside the home: