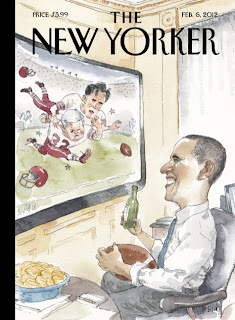 Is this the best cover ever?

And Speaker (John) Boehner, it is good to see you at the head table. I know how badly Eric Cantor wanted your seat. But, John, I want you to know: I am eager to work with members of Congress to be entertaining tonight. But if Congress is unwilling to cooperate, I will be funny without them. It is great to be here tonight, because I have about 45 more minutes on the State of the Union that I'd like to deliver tonight.

You've heard it from the pundits: "Obama is cloistered in the White House." "He's aloof." "He's in the bubble." "He's not connecting." And that's why one of my big goals this year was to get out and be among everyday, ordinary Americans -- like the men and women of the Alfalfa Club.

At least my harshest critics can agree I have a promising future -- as a Al Green impersonator.

It is great to see Jeb Bush, who is accepting a nomination for President tonight. I have to say, though, it's not fair to tease your friends like that.

I'd like to acknowledge a very good friend of mine -- Warren Buffet's secretary's boss is in the house.

We are reminded on evenings like this that for all our differences, we are bound by something greater. Sometimes we're going to disagree. We're going to do battle, politically, from time to time. That's the nature of our democracy. But let us never forget the extraordinary privilege that we share as Americans, and the responsibility that we all have, as leaders, to the continued success of this country that's made so many of our stories possible.